We all experience moments of sadness in our lives but if you're feeling that way for days and weeks and months on end, that might be an indication that you're experiencing depression.

The other main symptoms to look out for are feeling tired all the time and not being able to enjoy things that you previously enjoyed. Other common symptoms of depression include a lack of sleep or excessive sleep, a reduced appetite or excessive appetite, and poor concentration.

So if we're worried about someone that we think may be depressed, the examples of things to look out for would be them just becoming cut off from friends and family and maybe not wanting to attend school.

Very severe depression can be associated with what we call psychotic symptoms, so hearing voices when there's no one physically around or having thoughts of harming oneself.

It can also be part of what we call bipolar disorder and that's when you have episodes of depression and other times when your mood is very high.

Depression does affect about one, between one and three in a hundred people and we rarely know exactly why it's occurred in any given case, but it can be a combination of what we call genetic factors. So when the condition runs in the family and adverse life events, so if something significant that's traumatic has occurred, for example, being bullied or the death of a loved one.

I really want to encourage anyone that's feeling depressed or thinks they might have depression to seek help because it is very treatable and the actual treatment will depend on the severity of the depression.

People are often worried about medication but milder depression often doesn't need any medication, particularly in younger people. The recommendation might be for you to have some talking therapy or do simple measures like exercising and it's only the more severe forms of depression that might need a visit to a specialist and treatment.

So do reach out. Get some support. Depression is really treatable. Thank you. 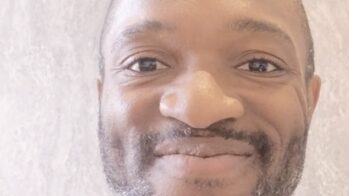