Hello, I am Dr. Chi-Chi Obuaya, consultant-psychiatrist, and I'm going to talk about seasonal affective disorder.

SAD, as it's also known, is something that a lot of people ask about. Now, we know that when those dark nights draw in in the winter, it can feel like life is a bit miserable, but seasonal affective disorder is effectively a type of depression that's associated with the winter months.

So most of the symptoms we associate with depression, like feeling low in mood, not being able to enjoy the things that you would normally enjoy, and having a lack of energy are still present. There are some differences in that, normally with depression, we expect that people are unable to sleep; whereas with SAD, they can sleep excessively and they also have an increased appetite commonly. Whereas for a lot of people with depression, the appetite is reduced.

We don't know exactly why seasonal affective disorder occurs. Of course, the common thing that's there is a lack of light, but we don't fully understand the mechanism for that.

The treatment for seasonal affective disorder is the same for depression. So we think about things like exercise and routine at the very mild end, and as that starts to build up, we'd also think about psychological therapy and if necessary medication. The same is true for seasonal affective disorder. One of the things that has been researched is light therapy. Although again, the exact evidence-base is still emerging and that means having a light box beside you for up to about 30 minutes a day.

But the key things are to have some structure and routine, to get out and get some natural sunlight if you're getting the winter blues, and if things are getting to the point where it's affecting your work, your school, if you're finding that you're very irritable around other people, you probably need to seek some help from your GP or another healthcare professional. Thank you. 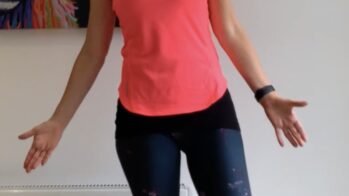