Another week, another batch of announcements. And good news this time, it's a road map to get us out of lockdown, out of restrictions, back to normal life.

How are you feeling? 'Cause it's a lot to get your head around, isn't it? And most people, if they're honest, there's a lot of mixed feelings buzzing around their head. And it's natural 'cause emotions are your brain's way of grabbing your attention, telling your thinking mind ‘there's some stuff here that you might wanna ponder and process and make sense of, there might be some stuff you need to do to act or react to something that's changed or something that might be about to happen that's different’, and in this moment, there's a lot your brain wants to tell you about.

In the New Testament, in the Bible, there's this Greek word to describe worry, it's really beautiful. It describes moments like this when your brain is trying to get you to think about so many different things at once.

Like right now, there's all this good stuff: [shows blue tissue paper] think of this as the good stuff. There's things like seeing friends [tears blue tissue paper] and getting back to good stuff [tears paper], like having coffees [tears paper] or being able to go back to your dance class [tears paper] or play football again [tears paper]. There's lots of good stuff. But there's some bad stuff around, as well, isn't there? [Shows orange tissue paper] Think of this as the challenging stuff, things you're less thrilled about, like going back to school [tears orange tissue paper], maybe you've got exams coming up [tears paper] or you're wondering about how some friendships have changed [tears paper] or you've got some worries about some work that you didn't actually do in lockdown [tears paper], and there's all this stuff that's negative and all this stuff that's positive [picks up the torn blue and orange paper] and it's all mixed up! And the Greek word that's used describes how it feels like your brain is literally torn apart, you're pulled in all these different directions by everything you're trying to think of; it's like you're in pieces [throws orange and blue paper in air]! It's all just too much, you're overwhelmed.

And what that verse says, that passage says, is don't get to that point. Don't be in pieces, don't be pulled apart; instead, and there's some good advice for how you manage those things instead, how you do something more helpful with those thoughts.

Let me give you some good advice: first of all, here's two things you can try.

First of all, don't panic. You don't need to solve all this stuff at once. It's all in your mind, but it is not all stuff that's gonna happen tomorrow. Getting back to what used to be, getting back to our usual pattern, getting back to some new ways of doing stuff is gonna be gradual, it's gonna happen bit by bit by bit. Maybe write all these things down somewhere and then think, ‘which of these do I actually need to deal with right now?’, 'cause there's probably only one or two that are more urgent, the rest you can put on the back burner for a bit. You can hold those thoughts. Write yourself a list, maybe highlight the ones that you actually need to deal with now.

But even better, share some of that stuff. Is there someone you can chat to about it? A mate, a grown-up, one of your parents or another relative, a youth leader, somebody else. Who can you share that stuff with? Or that verse in the New Testament, it's a guy called Paul who wrote most of the New Testament, he suggests that you share it with somebody else: with God, and he says that if you do that, if you hand those things over to God that you can experience a peace that comes from beyond your own mind because it's a peace that comes from something much bigger, something much better, because it comes from God.

So when you've got your list, why not take a moment? Hold it in your hands. Praying is just as simple as saying to God, 'here you are, these are the things I'm worried about and I just give them to you'. God's got this stuff covered. He's in control of everything and he can hold your stuff. You can leave it with him when you don't know how it's gonna go.

So, don't be pulled to pieces in this time. Instead, take some actions to find some peace. And don't feel guilty about those mixed feelings; it's just about being human in a tricky moment.

Self-harm and the power of connection 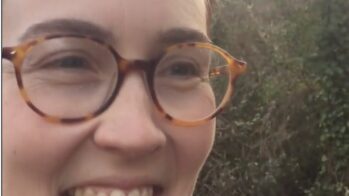 Is there POTENTIAL in the midst of PRESSURE? 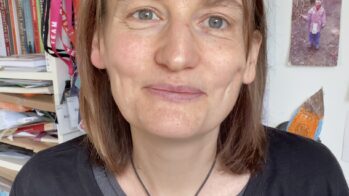