Hey, so we're three weeks back into school and stuff like that (depending on roughly where you guys are living.) It's about three weeks that you've been back into more of your normal routine. I just wonder how's it going? How is life as we're coming out of lockdown, how is it treating you?

So, if you're wondering why you're not feeling super excited why right now this doesn't feel like a completely bright and shiny happy moment like everybody's saying it should be, you are not alone. And I wanna tell you a few reasons why. So here's three:

Number one, that there is loads going on! So this is a complicated moment... people talk about going back to normal but actually this is still a big change! Your mind got used to one rhythm and now it's got to get used to another... new timetable, new environments, new challenges. You might have stuff going on like exams or schoolwork to get done. There's a lot going on. I mean, heck, we've got to get dressed every day for a start if you're leaving the house!

All this stuff is demand on your brain, new demand on your brain. Imagine your head's got a certain amount of capacity. If like a bunch of it is used up, with that baseline demand just because everything's new and you've not got into new routine yet, it means your head feels pretty full before you've even got started with everything else! So that's number one.

Number two is, hey, did you know there's just loads in your head because we've been doing this for a year now? A year of pandemic and over that time, because we just had to keep going like 'head down' and particularly in the seasons when it's been pretty grim, your mind instinctively kind of suppresses everything that you're feeling. Cause it's just like, 'I cannot deal with this right now, I've just got to get on with it'.

And it's like trying to keep a beach ball under the water. You're holding it down in the swimming pool and you've got to concentrate and work quite hard to keep pushing it down and every once in a while, it just pops up somewhere that you least expect it.

And that's what it's been like for us for all this season and now that you start to relax, now that you start to let yourself think, 'Well, maybe, maybe stuff's gonna change, maybe we can get back to a bit more normal'. It's like pop! Up comes that beach ball and some of those emotions start to bubble to the surface cause your mind's like, "Hey, there's a lot of stuff here that you need to figure out, stuff that's gone on, what does this mean? What on earth just happened? How could this happen? There's so much you need to think about".

And there might be a lot of emotion associated with that that suddenly you're feeling after such a long time of not really feeling anything very much except bored.

Number three though, is there's actually loads to think about, loads to worry about, loads of questions. And in this moment, there's so much uncertainty still isn't it? We still don't know where things are going. We don't know like what the future's gonna hold. A lot of people are talking to me saying that, 'Well, what if someone in my year group gets ill, what if we have to isolate again? What if we have to miss exams? What's gonna happen in the summer?' There's a lot of questions, aren't there?

There's a lot that still uncertain and anxiety is your brain's way of alerting you to that stuff. Particularly when there's something that matters to you but you don't know how it's gonna go. So a lot of people are dealing with more anxiety than usual.

And on top of all of that, did you just know a lot of people's brains are really tired, just really fatigued? All of this stuff has been just such a drag and a challenge and it's been pretty relentless. It's been a rough winter. And you guys are ploughing straight back into school, some of you are doing exams as well and you're trying to like force your brain to function and actually it's just super fatigued, it's super tired. It's saying to you like, "Are you kidding me? I just wanna go to sleep." And that's hard.

So give yourself some time, but remember also that there are some things you can do to help with those feelings and do check out some of the other stuff on the Headstrong website to help you with that. 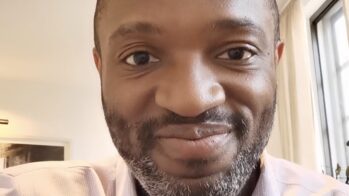