So lockdown has been kind of fun hey? But we're getting back to normal now and you're hanging out with mates, you're getting to see people you've not seen in days. So why is it that the people you've missed for so long are now bugging you? Why are they driving you so crazy? Why are you having rows? Why are you falling out all the time?

I wanna tell you about some stuff that's probably going on in there so that you don't overreact when it feels like someone's having a go at you.

See, we're all a bit stressed out. There's so much change going on, so much that it's uncertain, so much that's new. It means our stress level's like, right at the limit all the time. Not that we're distressed, but just there's a lot that your minds working with, having to figure out, having to think about more than normal. And when you're stressed out like that, your brain starts to go into a bit of, a sort of emergency mode. It's like when an aeroplane's landing, you know they turn the lights right down and only the dead essential lights are on.

It's a bit like that, so your brain can focus on keeping an eye out for anything else that's new, anything else that you need to deal with. It turns off some of the other essential functions and it tries to simplify your thinking. And it means it starts to think of things very much in black and white terms, things is either one thing or another.

So like, someone's either good or they're bad, they're either on your side or they're against you. And what that means is in the moment, quite innocent things that people might say to one another start to feel like they're conflict. It feels like someone's having a go at you, even when they're not.

And at the same time we're doing so much comms online, so much texting, so much video stuff and it's so easy to misunderstand something someone says in those moments. Plus when your stress levels like this, emotions like frustration and anger, they're really near the surface, 'cause it's like, your baseline is high already. A little thing can become a big thing, stuff that normally wouldn't bother you that much or maybe it's just a little bit annoying, but it's kind of what makes someone them and so you overlook it, right now, whoa man, that's annoying you.

So we've got to be a bit careful because everybody's a bit prickly and actually most of the little rows and disputes we're having probably aren't a big deal at all. So the next time one of your friends really annoys you or send you a text and you think what on earth? Just remember, maybe they're not actually as bad as it feels in that moment, maybe it's not worth losing the friend over. Maybe it's not worth having the big row over, gave them a ring, check it out, find out what they really meant or just give them the benefit of the doubt. Remember, this is a tricky time.

Pandemic living: Why do I feel so anxious? 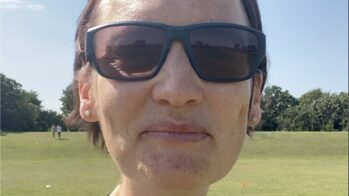