Hi my name is Joy, I lead a small charity called Emerge Advocacy which helps young people who are struggling with self harm or difficult emotions, and I'm talking to you today from my bedroom. You can see it's a little bit messy, I've had loads of things delivered and I haven't put them away yet.

Anyway, I'm talking to you today, and I want to share with you some things that helped me when I'm struggling with difficult feelings and difficult emotions because it's something that we all go through at different times.

And something that really helps me which I'm really excited to tell you about, basically involves these - a lot of coloured pens, and some paper, and I'm gonna show you what I did on a day that I was feeling really angry, okay?

So, the first thing I did was I got my blank piece of paper, and my pens, and I just sat with it, and I just reflected on how I was feeling. I just thought about how I was feeling and I let myself feel my feelings, okay? Cause sometimes it's easy just to squash them all down, isn't it and not feel them, but I let myself feel them in a time when I had some space to really think about them.

And then I started to draw them. And this is what I drew at first, let me show you, okay? This is how my angry feelings were feeling. All right, anger bursting explosive, really strong.

And as I sat there and kind of thought about that for a little bit, I then realised that there was some other things going on underneath that big fireball that I drew at first, and so I drew the next things that were happening to. And I realised that underneath the big bursting kind of fire of anger that I was feeling, there were these really kind of difficult, tiring, life sapping emotions going on underneath. So I drew exhausted and defeated, feeling like giving up, grieving, not wanting to live and I drew how that felt too.

But I didn't stop there cause that might have been a bit depressing, mightn't it? What I did next was I just carried on reflecting on how I was feeling and because I'm a Christian, I also ask God what he thought about it. You don't have to be a Christian and ask God, just think about kind of what's going on for you. And kind of like maybe what positive or more constructive thoughts might come to you as you reflect on where you're at.

So what I did was, I wrote down some more things on my paper, I sort of added to it and one of the main things that I wrote about was peace, cause I felt like that was what was coming to me as I was just having this space and reflecting, and some other words and phrases that I felt were particularly meaningful for me. And I just basically kept in that space, kept reflecting. Until I had written down lots of things on my piece of paper, that were real just encouragement for me, things that reassured me and things that kind of helped me to feel like, I'd got some of my anger out, and that I got a new perspective on it and I felt much calmer and much more able to deal with it and to get on with my day.

So, that's one thing that I do when I'm struggling with emotion that's difficult, I hope it's helpful to you, why don't you have a go.

Being friends with yourself 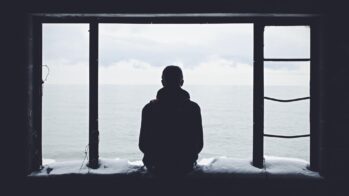 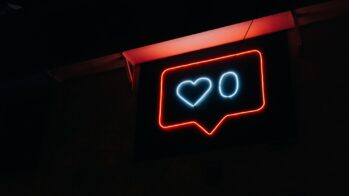