Hey, friends, it's a privilege to get just a few moments of your time as I share with you some things that I learnt when I went through the very, very toughest time of my life.

It was a few years ago when sadly my marriage broke up. After 20, 25 years of being together, it all ended. My wife left and eventually after a number of years we were divorced, and that was just a devastating time, devastating because it was something I just could never imagine that was gonna happen, devastating because I had to face up to my own failures and mistakes in the marriage that had contributed to its breakdown. And devastating because I just really wondered like how am I gonna get through this? How will I survive?

And to be honest, I had some really, really dark days. There's a guy called St. John of the Cross and he famously talks about "The Dark Night of the Soul", that place where you get where you really feel like you've lost your peace and you don't really want to live. And I can remember the weekend I got to that place.

You know, I'm an upbeat kinda guy, I'm a hope-filled guy, I'm a positive, optimistic guy, but this was such a crushing thing that had happened. I really lost my hope, I lost my peace and I got to that place where I just didn't want to live. And I remember, I'm a person who follows Jesus, and I remember having this conversation with God, saying, "God, where are you? "How have you allowed this to happen? "What's going on?"

And I was so desperate that I grabbed hold of my Bible and I did this thing which is not generally a good way to read your Bible, called Bible Bingo. And it's basically when you close your eyes, you open your Bible, and then you just point to a passage and you open your eyes and just hope that God's gonna speak to you through that passage. And so that's what I did, 'cause I was so desperate, I was so broken, and so I remember closing my eyes and basically saying, "God, if you don't speak to me now "through your word, I'm gonna go under, "I'm gonna have a full breakdown." And so I closed my eyes, I opened my Bible, I put my finger down, and then I opened my eyes and my eyes were resting upon an Old Testament chapter, The Book of Isaiah Chapter 48. And I started to read and in this chapter God is speaking and in verse 10 this incredible thing that God said literally lept off the page into my soul. And in this God said this, Isaiah chapter 48 verse 10, "I have refined you in the furnace of suffering." Now that might seem like a really tough verse, but the truth is, for me it was hugely encouraging, because firstly, it was like God's saying, "Matt, I know you're going through a furnace. I know that you're suffering. I know this a terrible time, and you're asking where I am, and the reality is, Matt, I'm up close. I'm at work in you."

It wasn't that God wanted me to be in this terrible time of pain, that's not God's plan for my life, to have pain and suffering, but it is a reality of our broken world. But what God was saying to me is in the midst of this pain, in the midst of this suffering and struggle, in the midst of the desperation, I am with you, Matt, and I'm at work in you, I'm kind of dealing with those failures and those mistakes in your character and nature that contributed to your divorce and marriage breakdown. I'm gonna help you become healed of those things and I'm gonna help you be a better human being, a better man for all of your relationships.

And that's what God did. And so every day I simply made a choice, sometimes through tears and clenched teeth, God, I'm holding on to you. Every day my prayer was change me, transform me, heal me, restore me, and over a number of months and years, he did that.

And I can genuinely say I feel healed and whole from the scars of that broken relationship and my contribution to it and that today is a new day. And actually what became the darkest time in my life, God was able to do something new in me, changing me, healing me, restoring me as I held on to him.

So if you're going through dark times, I want to encourage you today, God is with you. He's in the storm with you. And if you reach out to him and ask for his help, then he will change and restore and heal you, as he did for me. That will be the continued story of the whole of our lives. Storms come, storms go, but God is with us in both. He's at work in both and sometimes he does his very best work in the furnace.

That's what happens with a diamond. It's a rock under great, great heat, but something beautiful is formed. I pray that that'll be true for you, as it was for me.

What COVID looks like from a different culture's perspective 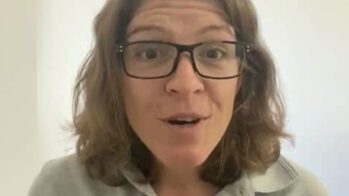 Amy's Story: Life as a carer 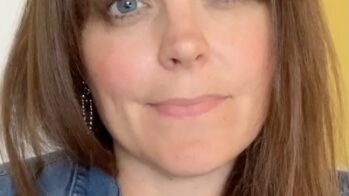