Hi, my name is Kate Coleman. I'm a Baptist Minister and I've been involved in church resuscitation or church planting in London and Birmingham for most of my ministry. Turns out I was the first black woman Baptist Minister in the UK. I've also served as president of The Baptist Union and as chair of The Evangelical Alliance Council in the UK. And it turns out I was the first with those things, too. And today I spend a lot of my time mentoring and coaching other leaders in many, many different spaces. And this is actually what I love, absolutely love to do.

So, how did all of this happen? Well, in a nutshell, I was surprised by God and I learned to say, "Yes." And all of the surprises I've had in life, and I've had a fair few, none have been quite as surprising as my call to Christian faith. Which shocked everyone who knew me nearly as much as it did me when I was at my university.

Probably my second greatest surprise happened a few years later while I was desperately seeking God about my life's call and work. And you know, I'd been a Christian for about three years, I was fresh out of university. I was very anxious because it seemed to me that God was very neatly closing the door on all the sort of plans that I had for my life and all of the ideas I had for my life and I was struggling to understand what God was up to and what He wanted from me. So, you know, I came back from uni and I prayed, "Lord, what's next?" And it was a few months before I had a really clear impression just keep on praying that of what I was to do next. And I heard very clearly, "Come up by yourself to a mountain and I'll show you," and, you know, "because I'm who I am." I said to the Lord, "Well, where are there mountains in the UK?" And the following day I was on London underground, I found myself standing in front of a huge poster with a huge mountain on it. And over the mountain it said, "Visit Scotland." So I said, "Okay, Lord," and, "I'm on my way."

On a three-week retreat to Scotland, and I spent two weeks of my time there just praying and fasting about my future and God's purposes for my life. I read the Bible. I allowed myself to be what people call, "Led by the spirit." And it was really uncanny because every verse I looked up seemed to relate to leadership. Many of the passages were unfamiliar to me 'cause I'd only been a Christian for three years. I'd taken some biographies to read and they all seemed to point to the same thing so all of these incidents and coincidences which all seem to point to this inescapable conclusion that God was calling me to leadership. But it wasn't as simple as it sounds, because there were two main problems.

And the first was that my church was totally opposed to women in leadership roles. And secondly, so was I. But, then again, it's all I knew. I've been immersed in that way of thinking and believing. So, it wasn't easy letting go of these ideas, and particularly since the stakes were so high. There were important relationships that hung in the balance and they depended, you know, it depended on what I did next. So I didn't tell anyone, not directly and not immediately, except two of my younger sisters. From then on, the heat, the resistance, the opposition, call it what you like, just increased.

And it was during this season that I discovered just how badly Christians can behave. And I also discovered how important it is to behave like Paul's Bereans, who always searched the scriptures to see if what they were being taught was true. So you can imagine my amazement at rediscovering, Bible texts like Genesis 1 and 2, record of the creation story and seeing them in a totally new light, I knew something needs to be done, and I knew I wasn't the only one who needed these insights. I was seeing things I'd never seen before. It seemed to me that I was literally having my entire mind renewed, and the irony is that within two years of that moment, I was actually leading that church.

Now my leadership journey, like yours will be, and, you know, I'm sure it has been already has been punctuated by what people often call defining moments. And for me, those defining moments have included moments of surprise, moments of disappointment, moments of disillusionment, even with other Christians. It's included crisis of faith in terms of who God is and a crisis of identity, because I couldn't see senior versions of myself in leadership. But I've realised over and over again that I have to be prepared to be the person I needed to see.

I've never actually tried to be a first. And the truth is the most of the time, I didn't have a clue that that's what I was. What I've tried to do is to follow God's leading even when it's been a bit painful, costly and a bit challenging. Sometimes you just have to climb a mountain with God and say yes to wherever He takes you. 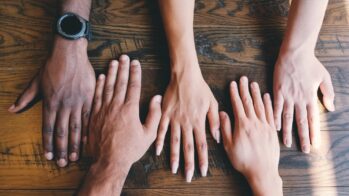 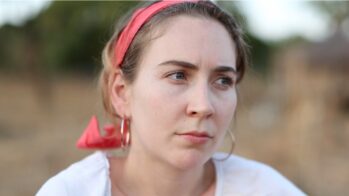