I know this month is mental health month and I've seen a lot of people doing videos and sharing bits and pieces. I talk a lot but I actually don't really... I want to do something about this because it's something that's important and close to my heart.

I've just been really stuck in the last month or two in a circle of negative thinking, negative view of myself, reliving traumatic experiences. A lot of people know but not a lot of people really understand that low.

Between the ages of birth and six I lived in women's refuges. I didn't have my own bedroom until I was 10. Domestic violence, physical abuse, witnessing extreme levels of violence on my mum, and just really scared and fearful, man, that research now will tell you how detrimental DV is. But when I was young, I don't remember anyone taking any real notice, man, I got kicked out of primary school, labelled ADHD, medicated, made me feel sick. It wasn't the right thing.

So the journey has been long, but you know, I'm saying this is like people, I say people, I don't know everyone but certain people I know, when I opened up to them, they are like," Yeah, I would never feel that". And I think that's the thing, especially with those that are on social media that might follow each other and blah, blah, blah, blah. Like, I'm active on Twitter. I talk about stuff. Well you might catch me in a meeting or whatever. I'm not an influencer and I'm not trying to be. But what I'm saying is, people will have an opinion of you and thoughts about you. And I think I have a responsibility to kind of be honest and show that it's not all like that.

You know, I've got post traumatic stress and I've done terrible things in my life that I would live to regret, but I'm blessed. I've got a wife and two children and one on the way. I bought my own home, I'm the first person in my family to do that. I've set up and run two companies with my wife. We're changing lives bro. Like, we're doing it for real everyday.

I'm studying, I'm learning again. I'm putting myself through my paces and I feel vulnerable because I've always done what I'm good at, but now I'm not very good at studying. I'm not good at academia. So, I'm having to push myself and learn, which is a real blessing but it's hard out here, man, that people don't really get it. That it's really tough. I know many people do, but I just, sometimes I struggle so much that I have low self esteem. I have negative thoughts. I have invasive thoughts. I have like, what if this happens? or what if that happened? And then I get stuck in this rut where the thoughts are just coming and I can't stop them.

I've identified actually that, when I have highly stressful situations going on, that's when I get triggered or that's when things happen. If I watch things that are on TV that are a bit, one way or the other, I get a little bit, my mind plays tricks on me. So I've got to maintain and gatekeep myself, man. But yeah, man, it's really hard.

And I want to make it normal for the young men that we support to talk about their feelings and emotions. Because when I was young I didn't do that and now I'm living with the consequences. And the two years of therapy, I'm born again, I've got faith, but these things are the daily struggles, man.

So if you're going through anything like that right now, just a little encouragement, man, you're not alone, but please speak up, man, talk to somebody. So okay, you get it. And I'm not saying I'm cool. I'm an old man now. But what I'm saying is, I want to make it normal for me and my people to talk about stuff. Me and my people that I mix with, the people that I'm around, the people that I chat to. So I'm going to be the first one in my circle to step out and say, boom, let's talk.

So listen, be strong, have a great week, a productive week. And I hope that it gets better, man.

How to cope when you lose a pet 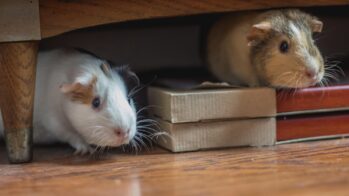 Learning to love who we are 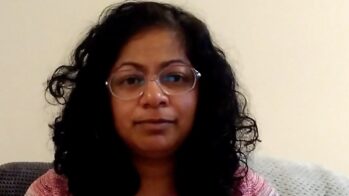