Hello, I'm Lucie and I live in Luton. I'm a researcher and I have a seven-year-old daughter.

So I thought I might tell you a story today of one of the most memorable experiences I've ever had. So I was about 14. And I began shoplifting.

I started with taking a really small chocolate bar, from the corner shop on the way back from the bus stop after school. And over time, I started taking things that are a bit bigger. So I went to the local chemist and I took bits and pieces of makeup. And one day I went into a Boots and I picked up a small packet of hair dye and a lip balm and I slipped it into my pocket to steal it.

But there was a security guard, a plainclothes security guard in the store. And so as I was leaving somebody grabbed me by the elbow and said, I know what you've got in your pocket. Please come with me. They called the police. And they took me to the, to the police station. And I was with my best friend and she had no idea that I'd been nicking stuff. So she was so shocked. But I was genuine. I was the good kid at school, no one would have expected this of me. So she was pretty shocked. But she burst into tears. She was like, how could you do this? But what was much harder was going to the station and knowing that they were gonna call my parents.

I got a caution. And they said, don't do this again.

And when I got home, as you can imagine, I felt absolutely terrible. I knew I'd like completely disappointed my parents who were really shocked. But they asked me why I did it. And I tried to come up with a reason. To be honest, I didn't really know even now looking back I'm not completely sure why I did that. And they listened to me. And they said, "Okay, we forgive you. Don't do that again."

And that was it, I wasn't grounded. They didn't make me write lots of letters of apology to the various shops. I didn't get into trouble at all.

And so after that conversation with my parents, my friend who'd been with me at the police station, knocked on the door and said, like, you wanna go out? And we went for a walk around where I lived, and she was staring at me like what is, what's happened? What did your parents say? She wanted to know how badly I got it, basically. And I and I said they let me off the hook. And she couldn't believe it.

To be honest, neither could I. I mean, I deserve to get into trouble. I absolutely deserved it. But I don't know if you've ever had someone let you off the hook like that. But if it happens to you, you don't forget it quickly. I felt so free that evening, I felt like I was walking on air. I couldn't stop smiling because they had just let me off.

So there's two things; like two life lessons that I've taken from this, I suppose. One of them is the power of letting go and letting someone off the hook. Not dishing out the consequences that they deserve, but just saying, you're free. We're done. You don't owe me anything. Some things have happened to me in my life since that have been quite big, and I've had to forgive. And part of what helps me let go and forgive people is the fact that someone did that for me.

The second is that I know that some kids get second chances more often than others. I think you're probably more likely to be treated leniently if you're white, if you come from a nice area, or speak nicely and all those sorts of things. And I take from that a life lesson, which is that we need to work together to make sure that everybody gets the same number of second chances that it's not just some people who are let off the hook and others get it in the neck.

So there's two things there; one, try forgiving someone, is really powerful. And two, do your bit to be part of a society where everybody gets the same number of second chances, no matter who they are.

Being kind to myself in lockdown 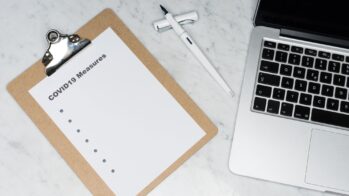 When you can't remember feeling happy 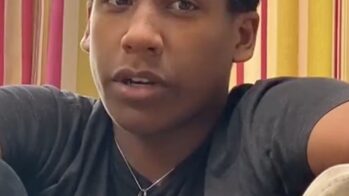