Hi, my name's Lois. I'm 34 years old and I am a midwife, I'm also a mum. I am gonna talk to you a bit about my skincare, what I do in the morning and the evening because when I go to work, I start at seven in the morning, I finish at eight in the evening and I am in a mask and a visor and PPE for the entire day.

And since we went into lockdown, a year ago now, and we started having to wear face masks, my skin has really, really suffered: something that I never thought would be happening as an adult, but my skin's really suffered and it's taken me a year to figure out how to manage it. So I'm gonna talk to you about it a bit now.

So what I generally do on the days that I'm gonna be wearing a mask all day, is try and prep my skin, I call it, so that means not putting anything too heavy on it. So I wouldn't put any moisturiser on and I wouldn't put anything that's highly scented or perfumed because when you have a mask on all day or a visor, your skin doesn't really have time to breathe.

So I tend to do all that at night, but what I do in the morning, I clean my skin with this, (Garnier Micellar Water Combination Skin 400ml) and I just get two cotton buds and I just use one for each side of my face. So I start just with my cheeks and it's almost like I'm wiping away the night and I don't like do any circular motions or anything, I literally just wipe away anything, any build up that might've happened overnight. And it's quite nice and cold and refreshing. Do all my face, then I turn the pad over and just do the same with the other side. You shouldn't really find anything because you cleaned you skin so well the night before.

So yeah, the pad's kind of clean to be honest. And then the same with the other side. It does wake you up a bit as well. I really make sure I like get round the side of your nose, around here. 'Cause it's terrible in there for when you wearing a mask, and then just down my neck. So the pad's clean, so that takes just a few minutes to dry.

And then the next thing I have to use on my skin, especially if I'm working all day, is actually something that I had to get from the GP on prescription because I tried so many other things, but I found this was the only thing that worked if I was wearing a mask all the time, and it's this, it's called Duac, and it is actually an antibiotic and benzoyl peroxide as well.

Now this can be quite harsh on your skin, it does cause some redness sometimes, sometimes people can get dry skin with it. I thankfully don't get any of that but it is only prescribed to be used once a day, and I guess it's for that reason.

So I tend to use this when I'm gonna be wearing a mask all day in the morning, because I feel like then I've got the antibiotic there on my skin, so if there's any buildup or any sweat or anything over the day, it's protected. And now the only thing to watch with this, if anybody does use this, is that it's got a bleach in it. So you don't wanna be getting it in your eyebrows or in your hair or on your clothes because it can have a slight bleaching effect and you don't actually need too much. So I put a bit on my chin, a bit on my nose, a bit on each cheek, bit on my forehead, and I do, because the mask goes down here, I do put some of my neck as well. So I haven't really used a lot 'cause a little bit does go a long way. And I just rub that in as if it was a moisturiser, which it's not but.

I make sure especially, I get it around my nose and my chin, so whatever you are using to sort of protect your skin, make sure you get the majority of it in those places that can't breathe because my chin and my nose is predominantly where the outbreaks happen. And up until this point, I'm 34 years old, so I hadn't had any acne or skin issues since my teens. So I've had to learn it all over again. And then just rub it in. As you can see, I am dodging my hairline and my eyebrows 'cause I don't want it to get bleached.

It does feel a bit sticky at first. And then you go and wash your hands and that's it. That's what I do in the morning.

Evening, so we are back from work. 13 hours in a mask, as you saw, my skin was alright this morning but now I've started to have an outbreak and that's even with the stuff I've used. I change my mask every three hours at work but sometimes it just happens. These ones here [points to spot] are like typically from mask wearing because like the acne prone parts of your face are your chin and your nose really and your forehead, and your T-zones but this is just an angry, angry spot.

It's really sore, but the main thing is to not pick it because you just spread the bacteria and it just erupts.

So I've just had my shower. So in the shower, I first of all scrubbed my face with this (Simple Daily Skin Detox Purifying Facial Wash). I do this twice a week cause it's an exfoliating wash. So you don't wanna be doing that too often. Sometimes if you do it too often, it actually makes your skin worse. And it's just one that hasn't got any harsh chemicals in it basically.

I've also, I get this from Amazon, it's about a fiver, use this soap bar (Revitale Salicylic Acid Scrub Soap), which I just use on a flannel and just wash my face and scrub my face.

Again, before I go to bed, I'll use this (Garnier Micellar Water Combination Skin 400ml) and just go over my skin, even though I've already exfoliated it and used the soap, it's just to put a bit of moisture back into it so it doesn't dry the skin out too much. And it's actually, cause it's nice and cold like it was this morning, really soothing and refreshing. I don't do it as regimented in the evening, normally 'cause I'm tired. But just rub it all over my face basically 'cause my face is already really clean, I've scrubbed it in the shower. I've got most of the stuff off in the shower, round my neck and then just pat it dry with another cotton pad to get rid of any extra moisture that might be there. Now, you're not supposed to use the cream twice a day but because that spot is looking pretty angry, I'm just gonna put a tiny bit of this Duac antibiotic cream over it, just 'cause I know if I don't, it's gonna be really sore tomorrow.

Now when I go to bed, I don't like to put too much on my skin. I like to let them skin breathe.

Another thing is to make sure that your pillow cases are really clean and one of the tricks, 'cause you sweat a lot on your face, is a silk pillowcase. For some reason, don't ask me why, that's better on your skin.

So yeah, but this (moisturiser) is something that I sometimes use on my skin if it's feeling a bit dehydrated after wearing a mask all day, which it might well do, especially in the warmer months because I'm gonna guess that we're still gonna be mask wearing and it doesn't really matter, you don't need to spend a load of money on cream, sometimes the most basic ones are the best. The main thing is to make sure it's a light cream that isn't too heavy on the skin. I use this one (Liz Earle Skin Repair Light Day Cream), this is quite expensive though. It was a present, I didn't buy it. It was a present from my mum, but just go for a light cream maybe a Nivea or even a Simple, like the Simple range, you can just get it in Tesco and it's so cheap, but just a basic moisturiser, a really light one and you really don't need a lot at all, you barely need a lot of it at all because you don't want that to sit on your skin 'cause all that's going to do really is clog your pores. And then you're gonna wake up with some unwanted spots in the morning, and that's it.

The only other thing to add in, is once a week, I do a face mask as well, a clay one, one of the peel off clay ones but I don't put it all over my face, I only put it on my nose and on my chin. And if I've got any spots on my forehead, which sometimes I do, if I have to wear a visor but it's normally just here (nose) and here (chin), I just put a bit of clay mask on each area. I do it on a Friday. Don't know why I do it on a Friday, probably 'cause I've not got as much going on on a Friday and I'm normally off. But yeah, I wouldn't do that more than once a week.

And that's it, so just to recap:

Once a Day – Duac. Available on prescription ONLY. Speak to your GP.

Once a Week – A clay face mask

The importance of dreams and hopes 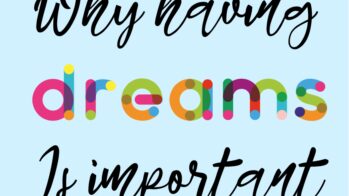 Three reasons to be positive this spring :-) 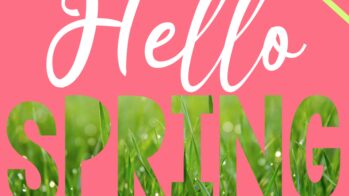