How are you doing?

My name's Andy Flannagan, and I have a daughter who's four, and she's beautiful. And on the day that schools shut in March, I took Jubilee and Jesse, my son, for a walk. And then, on the walk back, my leg happened to catch a bramble bush that had a thorn on it, and the thorn of that bramble went straight into her eye. And to cut a long story short, she needed emergency surgery that weekend to save her eye. And then, some weeks later, she needed further surgery to actually implant an artificial lens in that eye, which she now has. And she's now wearing patches to try and get that eye working again properly and needing spectacles.

And the COVID time was pretty challenging anyway. I got pretty sick with other stuff, and I was having knee surgery, 'cause a guy shoved me over on a rugby pitch last year, and I was finally getting my anterior cruciate ligament reconstructed.

And so, the whole season was fairly hard, and you can imagine it was even harder for my wife. It was such a tough time and so difficult to understand what was going on.

And I'm a musician by trade. Half of my life was in politics, half of it doing music. And so, I often think about how musicians have coped with things through the years, and one musician who, I guess, I know has coped with things in a certain way is David, who was a king of all of Israel, who was also a musician. And he wrote songs, and we call them psalms. They're in the Bible now. But it's amazing how many of those psalms are psalms written in really tough circumstances, real psalms of complaint, psalms that go like, not just, "God, what are you doing? "What is going on? What is this about?" Not just complaining and going like, "What?" Not being polite to God, but actually saying, "God, but why, in the moment I needed you most, "why were you not there? "Why have you disappeared?"

And it feels like that's the sort of thing that a lot of us have needed to say during this crazy time of COVID and during different things that have happened with our families and friends.

And so, I started reading some more of those songs that David had written. And there's one in particular, and it's called Psalm 142. And it says, "To you, I make my complaint. "And unto you, I tell my trouble." And I was just walking down the street one day listening to this on my phone, and I was thinking, "To you, I tell my trouble." And I was thinking, "That's what I'm gonna do. "God, I'm gonna tell you my trouble." That's what David did, he told God his trouble.

And there's another bit of the Bible where God says that David was a man after his own heart, that David was somebody who went, and that God had said something really incredible, that he was a man after God's own heart. And I started to wonder, "Well, maybe that's because David actually went after God." He didn't let God off the hook, he actually went after Him. He challenged Him and said, "God, what are you doing? What is going on?" But that led to him being somebody who knew God really well and had this intimate relationship, this relationship that got him through some really tough times.

That Psalm 142, he wrote when he was hiding in a cave. He was being hunted down, and he was hiding in a cave, and he's saying, "God, to you I tell my trouble." And, I guess, in lockdown, a lot of us feel like we've been stuck in caves, we've been stuck in our houses, we've been stuck seeing the same people over and over again. It's like we're in a cave. And the thing I just wanted to shout, I ended up writing a song, "To you, I tell my trouble. To you, I cry aloud. To you, I pour out my complaint. You are my asylum, you're my safe place, you're my refuge."

I used to work a wee bit in prisons, and I would see prisoners who had never even thought of the idea of there being a God, writing these raps and writing these songs that really shared their pain and their heart. And it changed them. Something lifted off them, because they'd been able to share this stuff. And before they started writing this stuff, they didn't even believe there was a God, but at the end of the process of actually just doing the exercise of shouting something at this character who they'd never even thought was there, they felt better.

And I gotta believe it's something to do with how we're designed as human beings, to have that outlet, to be able to complain, to be able to cry out. Even Jesus, who I believe was the perfect human, He did it, He cried out on the cross, "My God, my God, why have you forsaken me? "Why have you let me down "at the time you need me most?"

So we don't need to be polite to God, we just need to be honest. And that's what He wants, and I think that's what's best for us. And it's certainly been what's worked for me during this crazy season. And thanks for listening to this, and just so you know, Jubilee's doing really well now. And her vision is improving, and she's at school now, and that's great, bless you. 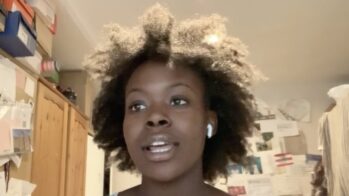 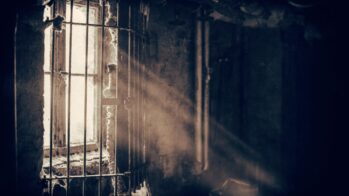