Hey, my name's Laura and I'm part of the Headstrong team. And I just wanted to chat to you today a little bit around Pause Moments.

Now, I don't know if you are a little bit like me, but occasionally I find it really hard to switch off in the evenings. And so I have to find different ways that I know that I can completely zone out.

Now, recently I have surprisingly found a brand new way of switching off, and I just wanted to kind of share it with you today. Now, if I said the word jigsaw to you, I don't know, what do you think of, but for me, I generally think of scenes a little bit like this. Happy, happy old people, sitting, doing jigsaws, don't they look happy? It's just something I never really figured that I would be into. To be honest, I kind of have this thing that most jigsaws look like this. Aw. Yeah, but that's never gonna inspire me at all.

So, imagine my surprise, when last month I was flicking through social media, and I saw this jigsaw and it was actually amazing and I felt really prompted to buy it. And I got mocked. Let's be fair by a lot of people in my life when I told them I bought a jigsaw. And it turned up and it has been a really, really interesting a process.

So I didn't start small, unfortunately I'm really annoyingly target driven, and that's really frustrating, but how amazing is this? So it's a bit back-to-front for you, but this is Round Puzzle, a thousand pieces, yeah, I'm a girl that likes a challenge. So I thought, why not? So I was a bit sceptical to start with, and I've been doing this the last week and I just wanted to kind of share that with you a little bit.

So I think it's fair to say that jigsaws are a little bit of an emotional roller coaster to the point where I hadn't really realised this. You go through various stages, you start with the anticipation and the excitement and the hope, and then you quickly hit despair. If you're anything like me, it took me an hour to find the outside pieces of this jigsaw. I never ever thought I was gonna get it done. And then I got lost in the green section and then I had a bit of a win in the pink section and then it got lost in the yellow section. And it just felt like I was never gonna finish this jigsaw.

But then I was hit with like overwhelming joy and satisfaction 'cause I finished it, which was amazing. And actually during all of this, you know, through this roller coaster of crazy, I have found that has totally helped me.

So now I've been doing this in the evenings, I've even managed to rep-in other people to help me, which has been really interesting and yeah, I've done it. And I found that like my brain is just completely clear. I'm not having to think about anything.

Now, the techie people who kind of edit these videos are gonna hate this, but I want to show you my jigsaw. So I'm gonna lift up my phone. I'm gonna go down here. So that's it on the floor. I mean, seriously, it's amazing, isn't it?

For people that follow me on Instagram, they basically had to endure this whole process I've been doing a little bit each day and I have of course recorded this, but there's a real sense of satisfaction. I've even got it on my desktop. Yes! And I just think it's something that if you haven't done it before, you know, don't knock it 'til you've tried it.

I guess a couple of really quick tips around starting to jigsaw as a way of switching off: don't try a really impossible one to start with. Now, I really started looking at the Impossipuzzles and like baked beans and all these sorts of things. That's not gonna totally bless you, to be fair. You're just gonna get frustrated and you're gonna give up. So if you can find one that really is just beautiful, it inspires you, it triggers your imagination. That's always gonna help.

There are actually some brilliant jigsaws out there that are really, really funny. So one that can make you laugh as you're doing it. And that's a bonus, isn't it really?

Secondly, it's a kind of a marathon and not a sprint. So, you know, you're not going to get this done in one day. It's something that you pick up and you put down, you're just doing like a tiny little bit at the time.

And thirdly just really enjoy yourself and just enjoy doing something and really challenge that in a narrative while you're doing it, that you're supposed to be doing other things and that this is not important because actually spending time with yourself is really important and learning switch off.

So I hope you've enjoyed that. If you're interested in that puzzle, it was like of Amazon, it was like a tenner or something, but there are some awesome puzzles out there. Now it's no longer about steam trains and kittens. So have fun and I'll talk to you again soon.

What’s going ON with my BRAIN? 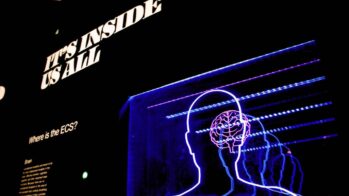 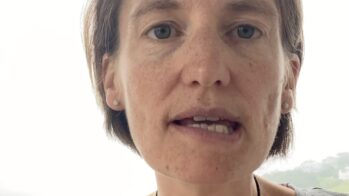