When thinking of someone with an eating disorder we often think of a person who looks like a skeleton with hollowed out cheeks and a person who eats nothing. But this is wrong on so many levels. Eating disorders come in all shapes and sizes but yet we live in a society where only people who fall into certain “BMI brackets” can have support.

Imagine if you broke your leg, and you got told you were able to only get support if it was broken worse. You would be left hobbling around in pain. This is exactly what is happening to those with eating disorders. I know that a lot of you will know this as you read this, perhaps you yourself have been turned away from services, or someone you love has. It might have left you to feel like a failure like you weren’t good enough. I hear all those feelings and hear all that pain. It is appalling that we live in a world where this is a thing – where people with eating disorders are just not able to access that support. But please remember that you are not alone in this.

I was turned away from services in 2016 for not being underweight. I remember it as vividly as if it had been yesterday. I had been struggling for a while again, pretty much since my Grandma had died. I had been trying to fill that hole that she had left me with. I hated how I felt and hate how I was feeling and the anorexia had tried to pull me close again. Pulling me in as I faced a barrage of emotions. Pulling me in helping me to feel in control again. And do you know what? It worked. That short term value that it gave me slowly reassured me again. Helped me to feel okay with life. This time around though I knew what was happening, I knew that in the long run, this was not going to help me, that I would at some point have to tackle this head-on and deal with it. After much deliberation I found myself sitting in the Eating disorder service in Southwest London having had a referral. Sitting there with my Mum next to me. My mind flashed back to all those years ago when I had attended CAMHs. Back then I didn’t want anyone to help me, but now I was so desperate to get some sort of support. Anything to just help me feel okay again.

But I wasn’t able to access it. I weighed too much! I left the appointment, the anorexia screaming at me, mocking me, laughing…

That was back in 2016, and after going on antidepressants and going back to the basics in my meal plans and recovery plans, I managed to pull myself through this. I am lucky because I had been through treatment once so I knew what to do, I also had a good support network around me which massively helps. But there are so many who don’t have this. So many who will be left at the wayside expected to pull up from nothing.

And this is why I launched a campaign called #DumpTheScales. To not only ensure that society changes this, but that the Government also addresses issues around diagnosis. Yes, we might have funding issues when it comes to mental health services but I believe there are things that people can do in this space to help those struggling.

Stats recently showed the increase of people being admitted to hospital with an eating disorder which is absolutely heartbreaking in itself. One of the reasons for the increase is because we are waiting for people to hit crisis point before doing anything about it. People are being left in the lurch, turned away from services because, in essence, they are not thin enough. This doesn’t just affect people with anorexia, who get turned away and are left with the competitive part of their brain dictating how they should be feeling. Telling them they are worthless, a failure, and no one believes them. But it also affects people with bulimia, and Binge Eating Disorder. I recently spent time with a binge eating recovery group. These individuals are turned away from services for, not only their weight, but they are sent away with exercise plans, told to eat less with no real understanding of the mental torment they are facing on a day to day basis. People are being referred to Weight Watchers or Slimming World which then fuels the binge - restrict cycle further.

We are facing a national crisis when it comes to services, but for those with eating disorders is not just a funding issue, but so much more. It is a lack of awareness, a lack of understanding.

Instead of turning people away from services and leaving them with nothing, we need a plan-in place, a follow-up and for individuals to feel like they are actually being taken seriously.

Whilst I will continue to campaign and work to change this, I wanted to share a few things that you can do now if you are in this situation:

Recovery is hard work; it isn’t always a straight line but it is so so worth fighting for!

Hope is the author of a book called"Stand Tall Little Girl".

Lift your hands - He's right there :) 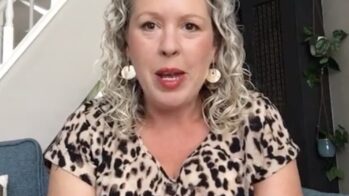 Life After Lockdown- A film by NCS National Citizen Service 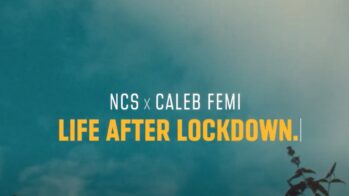