So I wanna talk a little bit about the potential of friendship. You know, people need people. Having good mates literally makes you better. I mean, it releases more of the good stuff of who you are. It makes you feel more confident to be the person that you're made to be, but it also makes you literally better.

I mean, it makes you better emotionally, less likely to struggle with emotional problems, but also even physically, you're less likely to catch bugs and diseases and stuff.

But to really unlock the potential power of friendship, you have to figure out how to make close connections.

So it's not about the superficial mates around you, who you kind of know to say 'hey' to or have a laugh with, or you're in school with or whatever, the people you don't really, really know but you just do bits of life with. So it's not like your Instagram list. I mean, who even are some of those people? Do you even know them? Can you remember why they follow you?

This is about mates, real mates, people who you can text late at night or when you're having a really rubbish moment or when you've done something totally stupid, who will still be there for you.

There's an ancient proverb that says friends, real friends, this type of friends love through all kinds of weather. So this isn't the fair-weather friends. This is the mates who are there for you in life's tough stuff, or the moments when it definitely isn't cool or impressive to be hanging out with you or when they don't know what to say or when they're actually quite fed up with you if they're honest, but they still love you anyway. This is friendships that journey through life, they laugh with you in the good moments but they're always digging around and pulling tissues out of their back pockets if you're having a howl first. So let's just think a little bit about these types of friends.

You know, there's this super famous psychologist, he's called Robin Dunbar and he is a friendship expert. I mean, imagine being mates with a friendship expert. Anyway, Dunbar is so much of an expert, he's had a number named after him, which is like pretty much success there on a plate.

So Dunbar's number is the maximum number of contacts that your average human can keep in touch with. And it's 150, apparently if you look in all kinds of different spaces, in the world and human connections and societies and groups, most people keep in contact with about 150 other people.

Now this is your social network. These are not your best buddies. You do not really know most of those people but they're the people who bring the kind of buzz and variety and social colour to your life. And they really matter, you know, without them life is a bit flat.

You know, we've just been through a really unusual time in global pandemic when everybody's friendships were like funnelled down to the sort of minimum connections because it was just so hard to keep in touch. And because we weren't in a lot of those spaces where we did the more casual social hangout connection, and you know what? Life felt a lot of flatter, didn't it? Social network matters. It's buzz, it's stimulation, it's interest and it's fun, but they're not the really close mates who properly improve your life.

So Dunbar talks about a second group of friends. These are the really close ones.

Now listen, there's two more significant numbers. The first one is 12. So you've got your social network out here, then you've got a group of about 12 people. It's really interesting if you think about smaller groups of people in all kinds of spaces, so like clubs, groups, teams, juries in a court of law, the disciples who hung out with Jesus, you know, 12 is a really significant number. Apparently psychologists ask, how many people's deaths would really upset you? But then psychologists can be a little bit weird, but apparently most people can think of about 12 people whose deaths would really upset them. So that's something to do next time you're in a boring class, think about how many people would be on your list.

Anyway, so most people have this circle of about 12 people who are closer. They're people you know better, who you would count as good friends, but that's not the end of the magic number story, because there's an inner circle.

And this is the people you are absolutely closest to. And it's about five.

Now, family are people who you're really close to, particularly in certain seasons of life. So when you're a kid, your closest people are pretty much all your family. As you get into primary school, you make mates but they're still not super close because it's mostly just like kicking a ball around or playing Minecraft. It's not like deep, meaningful stuff then. So your family still take most of those inner five slots. But as you get older, as you're maybe thinking about moving out or just because you're becoming less dependent on your parents, you're starting to have more intense, more meaningful friendships outside of home, those slots can start to get filled up by some other people, not all of them, but some of them.

So Dunbar calls this the support clique 'cause these are the people that you get your most significant support from, the people you need the most if you like. And some of those will be your family hopefully, some of them will be friends.

So if right now you're sitting there thinking yeah, to be honest, my inner circle feels a little bit quiet, or maybe you've lost touch with loads of people or some of those close friendships have changed. Maybe you feel like you have some vacancies in that inner circle. How do you grow those type of close friends?

Let's just think about four Ts, so the first: is Time, time really matters. It's not rocket science, just spending time together regularly. There's a study though, that showed how much time you had to spend with someone to move them from, like, 'I've literally just met you', into 'You're now like an acquaintance, a casual friend' up to 'You're now really important to me' and long story short, (‘cause it’s quite a long study), but anyway, long story short, even casual friendships needs at least a few hours every week. We have to do time with people and to be close? It's more than that! Like in some studies it would say like double that. So five, six hours every week spent in some kind of connection, contact with someone. Being close friends does not come cheap in time terms. So we have to be willing to put time into it. Now in terms of what you do together, that doesn't matter too much, as long as it is shared experience, you are together in that time.

But one thing really does matter, and that's the second T: it's Talking. We need to talk to our mates. We need to share stuff about ourselves. Again, it's not rocket science but it comes more easily to some than others. Some people are more external, more happy to share of their inner self than others. Some of us have to do it really deliberately.

And some of our talk can be done remotely: you know, text, messaging stuff, it's a great way to stay in contact. You know, modern life is busy. If you've gotta keep up like four to six hours every week in contact with someone to be close, some of that's gonna have to be remote I'm guessing.

But it turns out some of our talking does need to be face to face. Actual face-to-face contact is really important and being able to see each other's facial expressions in real life person, not just on a screen, that stuff really matters too. So if you wanna grow closeness with someone, get face-to-face with them, spend some time and do some talking.

Okay, the third T: I'm actually not gonna talk about, it's Touch and you know, big subject, we're gonna do that in a whole separate video. So head on over to 'When Friendship Gets Physical' if you wanna know more about touch.

Number four, is: Trust and trust's a biggie. You know, we have to do life together to get to know someone, but some of that doing life together is getting to know how they'll react and learning that we can trust them. They earn that trust, we learn that trust. We discover that someone's a good, safe space to put our trust, to share stuff and they won't spread it. To react sometimes, when we know it's not the best reaction we've ever had in the world and have them not freak out on us.

Friendships only grow close, ultimately when we take some risks and we've all been burned sometimes by that not going well but we have to gather ourselves again and be prepared to take the risk again and place trust in someone.

But it's a journey. You don't take your biggest, deepest, inner most vulnerable thing and dump it on someone you literally hardly know. Step by step by step, trust grows. So don't just, warts and all, tell someone everything about you the first time you ever meet them. Think about sharing something small, see how they react to that. And if you can trust them with that, trust them with something a bit bigger, grow trust.

So you know what? Friendship can be tough and it doesn't just happen automatically. We have to work at it, we have to grow it, we have to nurture it, it's like looking after a house plant or something. You can't just assume it's gonna get on with it in the background and not be like brown, and you know, like crinkly, when you come back to it again.

You can choose to grow your friendships though, you can water them. You can feed them, you can do stuff that's good for them. You can move them into the sunlight and make sure they're in the best space to grow.

But here's another little tip, try to think about more than one space for your close friends. You know, in adolescence, everyone is learning how to do friendship. And it means that sometimes some of those spaces can get a bit ropey, a bit stormy. So have friends in different spaces, think about school but think about outside school, you know, clubs or groups or other stuff that you do, maybe even start to explore some clubs or groups, so that you can make more friends that are in other spaces than just your school mates.

So remember, friendship is tough, but it's totally worth it. Explore the potential of friendship. 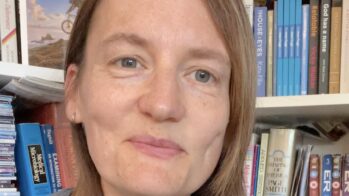 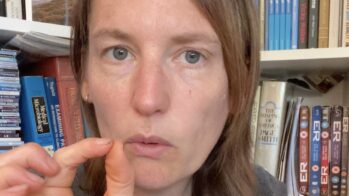