So this is a little bit of a series of videos thinking about friendship. And this one is about, wait for it, when friendship gets physical.

No, no, no, I don't mean that sort of physical! I mean, seriously, if some of your friends are getting that kind of physical with you, they're probably more than friends.

No, I'm talking about the kind of physical touch that is part of friendship: not intimate stuff, not like sexual stuff, not desire stuff, but just like hugs and handholds and the more subtle stuff, you know, a friendly like shoulder nudge or a handout to someone, like a touch of an arm or, you know, the arm wrestle that you do at break time, that stuff is actually it turns out, really important in friendships.

And it all began with studies of grooming.

Now I don't know what you spent your lunch hour doing this week, but I'm guessing that you didn't spend it picking lice out of one of your friend's hair, or if you did then I just don't wanna know about it. But researchers looking at social animals like chimps: what they discovered was, that the really social groups spent way more time doing that stuff than they should. Like, you do not need to pick lice out of hair that much of a day. So there had to be another reason they were doing it. And what it turned out was, that grooming, was actually more about strengthening social bonds and friendship, than it was about some kind of practical purpose.

So what does that mean to us? Bearing in mind that, like I say, lice picking isn't generally an accepted thing to do in your social hours!

Well, it means that touch matters. And it can be the simple stuff like a hand on an arm, or friendly buddy shoulder bump or a hug, whatever.

But did you know actually in studies of like nations and how they do physical touch, Brits, so people living in the UK we are statistically the least touchy feely? So maybe it's something that we need to learn a bit more about. Maybe there's some friendship potential here that we can find out more about.

And actually we're just coming out of a really unusual time for friends because during pandemic, we've not been allowed to touch. So we've done a year plus of this weird disconnected touchless friendship, and everyone has realised that that's not great, it has an impact on your friendships.

And you know touch has lots of impact on friends. Now first of all it has an impact on you as 'the toucher' I guess, or 'the touchee', the person being touched, and touch triggers the release of hormones that have all good impact on you. So they lift your mood, they decrease stress. If you're feeling upset, they make you feel better. It's all good. But also touch does something to the bond, the connection that you feel with the person who you're touching or being touched by. Remember this is not like intense touch, just like fleeting touch. Just something little, a hand on a shoulder, a stroke of an arm if someone's upset: that sort of touch triggers again hormones which are about bonding. Helping us to feel like we're connected with someone: like they get us! If you reach out and touch someone else in a really compassionate caring way, that can help that person. It communicates that that you get them, you understand what they're going through, you feel for them. It's a powerful moment of connection.

So first of all A: Ask. Now look, I know this feels a bit weird, but I'm not saying that to every mate you see you say, 'Hey buddy, how about a lingering hug?'. No, I don't mean that. I mean like say, 'Would you like a hug? Can I put my arm on your shoulder?'

Or if in this slightly unusual context coming out of a pandemic, if you know you're gonna see someone you've not seen for a while, maybe even text before say, 'Hey, are you doing hugging or should we just fist bump? Like, let's figure this out before we meet so that we get over the awkward stuff in advance'. So ask. Just a gentle, if you see someone and you're having a hard time to prep, just like, 'Are you hugging? Where are you on that?'. Just make it casual, try and make it more normal but ask first.

B: Be Brief. You know, we tend to be a bit black and white. It's not like no hug at all, or bear hug for like five minutes. Most of the hugs that we do, most of our social contact is fleeting, it's fairly relaxed. It's not supposed to be super, super intense. A lot of people are uncomfortable with really intense social contact. And unless it's someone who you're really close to, it just isn't really appropriate. So try and avoid the lengthy bear hug and think about some of the more relaxed ways that we can have social contact now that it's starting to become more allowed. So think about the fist bumps, the hands on shoulders, the sideways hug, there's lots of different things.

But let's just be aware that sometimes people struggle with it. You know, some people always felt like less comfortable with hugs. Some people are just less huggy. Some people have additional needs that can make hugging really tricky, or physical conditions that can make being squeezed really painful. Or stuff from their past that makes it really emotionally loaded. Everyone is different. So start simple, be brief. You know, those big hugs are really just for closest mates: particularly at the moment or family.

Let's not be just, (there is a C that we want to avoid): Clueless! Don't be clueless. We've all had those awkward, 'Person invading my personal space!' moments where someone's like coming for a hug and you're like, 'Ah, no!', it's not a good moment. So let's be aware, let's be Compassionate, let's be Clued up, lots of Cs for this one.

But let's just make sure that we're sensitive to the fact that everyone's different, and notice. And you know what, if you get it wrong, just apologise. Hey, this is a brave new world we're all getting used to especially as we're coming out of pandemic. So let's be prepared to mess up. Let's be open to the possibility that we might have misjudged something, and let's be up for saying 'Sorry' if we need to.

I'm gonna end with my favourite fascinating friendship fact and it's about hugging. So when you hug someone, you do release this hormone that makes you feel closer, more bonded, lift your mood, drop stress, all the magic stuff. But you know what, to get the full hit of that hormonal burst, you have to hug for at least, most studies show, 20 seconds. So you know what? This isn't for everyone particularly right now, so make sure it's someone you're close to, make sure it's appropriate, make sure it's safe. But, if there is someone you can have that type of hug with next time you have a moment, count. And hey, if you're hugging someone else and you suddenly hear them counting to 20, don't take it personally, if you've seen this video, you'll know why. 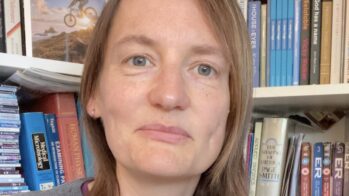 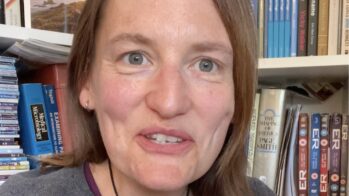