Hey, guys. My name's Beth, just to introduce myself a little bit. I am 26 years old. I live in Scotland. Although you can probably tell by my accent, I'm not originally from Scotland. I'm actually from the North of England, but I currently live in Scotland with my husband Finn.

But I've been lucky in that we've been put onto furlough, which means we still get an income. It just comes from the government. So I've been spending quite a lot of time at home, as I'm sure you have as well. And, just wanted to share some of the, struggles, but also some of the things that I've found helpful during this time.

During the last couple of months, I am the type of person who likes to do things. So, if I get to the end of the day and I feel like I haven't achieved, and I haven't had a very productive day, I can get quite low and beat myself up a bit. And so, I found the first kind of two or three weeks were fine, I found stuff to do, I had the motivation to do it. I started doing an online course, which I'm still doing, I haven't quite finished that yet.

But I think, like everyone, I kind of had these grand ideas and plans that I was gonna get everything done that I've not had the time to do. And I was gonna learn a new language, learn a new skill, come out of it with hundreds of creative projects that I'd been doing. And after kind of the first two or three weeks, the novelty wore off a little bit. And I started to struggle to find the motivation to actually do the things that I felt I needed to do.

And so I think, that would be one of the first things that I would say if you're like me and you struggle when you haven't been able to get things done, is to find something that you enjoy that still might give you that sense of achievement, but that you don't feel like it's something that you should be doing.

Another thing that I found really helpful is going out for a walk, or going for a run. 'Cause you don't actually need anything to be able to do that. You can just walk out the front door. So I find if I get to the end of the day and I feel like I haven't really achieved anything or done anything, then I just go out for a quick walk. And that kind of helps me to feel like I've at least done something, I've gone out and I've done a bit of exercise, so, that's something.

Hopefully those things are helpful, particularly if you're like me and you can be hard on yourself for wasting time or not getting things done. And hopefully you can maybe find something that you enjoy and spend some time doing that or go out for a walk or for a run and that kind of thing. So yeah. Hopefully that's been helpful. Thanks.

Life is not all haha and hehe 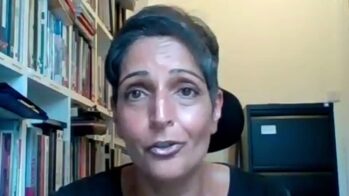 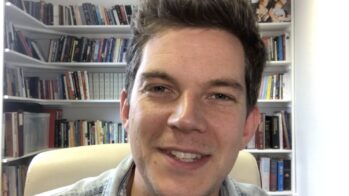