I'll tell you the thing I remember most about that day. It was this cold, hard heaviness in my stomach, this sudden certainty that something so wonderful was gone. I'll never forget that feeling.

My little brother got sick one day, really quickly. One day he was fine, and the next, he was struggling to get out of bed. My sister, Martha, and I took turns sitting with him, watching, waiting, expecting it to pass, and then one, day he was struggling even to breathe.

That's when I said we should send for the rabbi. Neither of us had mentioned him until then.

We sent word to him. Lazarus, the Lazarus that you love is sick, and we waited. And nothing. He didn't come. Three days later, my brother died. He was 26. Three days after that, the rabbi came.

I couldn't face him, couldn't look him in the eye. I stayed in the house with all the mourners, all the chaos, and Martha went out to meet him.

And then she came back saying that he was asking to see me, and I thought 'does he want to see what he's done? Does he want to see it in my face?' And I ran out to him. I ran out to where he was, and I looked him in his eye, and I said "If you had been here, my brother would not have died". And I fell down on the ground, sobbing.

And then after a few minutes, I realised that I wasn't alone, that the rabbi was down on the ground next to me, weeping.

Looking after yourself as well as everyone else 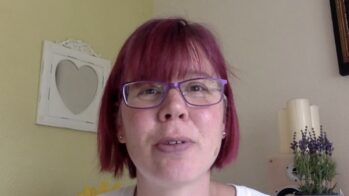 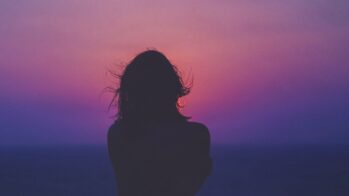