I wasn't surprised that she wanted to meet him. My sister Martha, she is obsessed with the Rabbi Jesus. She's always listening out for the stories the way he's been, and what he's done, and what he said. And I listened too, but we never imagined for a minute that he would come here to our village to Bethany. No one stops here, everyone just keeps going on to Jerusalem.

But then one day, we were in the market and this kid comes running in shouting that the Rabbi and his disciples they're coming into the village, they're on their way in now. And Martha, she has to go and she has to meet him. And I wanted to go too, but I didn't. I took food home.

But then I hadn't been in the house long before I could hear Martha running towards the house shouting to me, shouting, "Mary they're coming! They're coming for dinner!" Our brother Lazarus wasn't even there and they were coming to eat dinner at our house. And Martha is running around getting everything ready. There is so much to do and I am terrified.

There's this tightness in my chest and it feels hard to breathe and I'm struggling even to move. And then in no time at all, it feels like we can hear their voices outside the house and they come into our house.

And I don't know how to explain what it felt like when they came in, when he came in. He has kind eyes, the Rabbi.

And Martha was running around in the kitchen getting everything ready, but I just I still couldn't move, really and I sat and I listened, and he let me stay.

There's this scripture that my brother Lazarus has read to me sometimes and it says, "But I have quietened my soul, like a weaned child with its mother is my soul within me." And I've never understood it. It always felt like something distant, something that other people feel, something that was so far from how I felt and how I lived, but that's what it felt like to be in the room with the Rabbi. It felt like my soul had come home and I didn't want to move. I just stayed, and he let me stay.

And then Martha came back and I understood why she was angry. She had this enormous meal to make and I was doing nothing to help her. I didn't know how to tell her the panic, the fear, it had all just gone. And I just wanted to stay.

Then the Rabbi's spoke to her. He said, "Martha, Martha you are worried and upset about many things, but only one thing is needed. Mary has chosen what is better and it will not be taken away from her now."

After they'd gone, we both cried. And Martha was holding me and she kept saying, "Mary, He has promised you that it will not be taken away from you now." 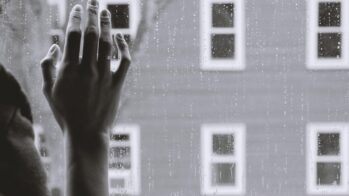 "I was brought up amidst destruction" 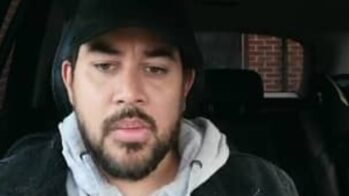