Hi everyone, so today I'm gonna talk to you a little bit about scars. Scars and their healing and what you can do to help if you've got any scars. Now you can have scars on your body from all sorts of things. The scars that I have on my body are from surgery.

Lois’ Scar Story
So when I was 30, which was nearly five years ago now, I had cancer. So I had quite a lot of surgery, I think I had about four surgeries in total. So I've got quite a lot of scarring on various parts of my body from surgeries that I had done.

Now thankfully, most of them are in areas that can be covered, so I don't need to worry about it too much 'cause no one's gonna see them. However, one of them is on my chest and you can probably see it just poking out the corner here. And it's quite an obvious, I feel, angry-looking scar. I don't like it that much but I feel it's a small price to pay for being here. And it's what I needed at the time to get the medication that I needed.

So this scar here is from having chemotherapy. So I had like a permanent line inside my chest with a tube that went directly into my heart, which was pretty cool. And I was delivered all of my chemotherapy drugs through there. So they got straight into my bloodstream and worked fast and they did work because here I am! So I'm thankful, very, very thankful for that.

How do you feel about your scars?
Yes, the scar bothers me more, mainly because people look at it and sometimes feel that it's okay to ask about it.

Now I don't mind: I'll always tell people why it's there. But I think sometimes people don't always go about it the right way and actually your scars, if you have scars on your body, they tell a story and that's between you and God and not everybody needs to know that.

So that's one thing that's always worth remembering, is that your scars are personal to you: they tell a story, they tell a journey, they're there for a reason. They're there 'cause of something that happened and don't be ashamed of them, be proud of them! I'm proud of this scar. I can come up with all sorts of weird and wonderful reasons why it's there and sometimes it's quite good, fun. You know, sometimes I can wind my friends up and be like, 'Oh yeah, you know when I got bit by a shark?' I obviously didn't get bitten by a shark, but embrace them, embrace them! They're there, they're on your body: they're nothing to be ashamed of. None of us have anything on our bodies that we should be ashamed of.

How do scars heal?
So in terms of healing of scars, they will heal at different rates.

Scars that are predominantly over areas of your body that have a lot of fat: so tummies, bottoms, thighs, they tend to heal a bit quicker. The scar goes white quicker: when the scar is white, it's an old scar. There's no blood supply to it and it's completely healed.

Scars that go over bony areas of your body, so for example, your chest or your arms, wrists, ankles, shins, knees, elbows: those scars will take a bit longer to fade. I don't know why they heal differently over a bone, they just do. That's just the way they go.

This scar (on Lois’ chest) is now four years old and still very red and still looks pretty new. I don't think it's ever gonna fade any more than this, and that's the way it is.

Does it bother me? No, not massively. However, in the summer or when I wanna go out and I wanna wear a lower fitted top and to be honest, (Lois’s scar) that's not particularly low. It's only about four centimetres from my collarbone. It's not particularly low, because people look, sometimes I like to cover it up.

What if I want to cover my scar?
So there's a few things I do to cover it up. It's just basic makeup, it's not proper stage makeup or theatre makeup or makeup that you would need to use. It's not medical makeup at all, it is basic makeup from the supermarket.

Now I tend to go for Rimmel, Maybelline or even better still, Body Shop. 'Cause none of The Body Shop stuff is tested on animals. Now, The Body Shop has been closed for ages so I don't have any Body Shop makeup at the moment. So I'm using at the moment just a Maybelline foundation (Maybelline Superstay Long-Lasting Foundation, £10.99 from Superdrug) and a basic Rimmel powder (Rimmel Stay Matte Pressed Powder, £4.49 from Superdrug). I think this powder was about £4. So to cover the scar up, you don't need anything more than a brush.

Okay, and all I do is I apply the tiniest bit to my brush and then just gently dab it over the area like that. You won't need any more than that. Don't forget, this is quite a wide scar. And then brush, just gently brush it over the area. You can see, it's started to fade really well already, so it's gone from being that angry, red scar, to just looking sort of in keeping with the rest of my body.

I then take the powder, get the powder, just to seal it in, powder straight over the top and all round the area. Now I don't think that is obvious at all.

I don't think that looks bad at all, and if I'm out and about somewhere where it's dark, no one's going to even notice that. And it took what, two minutes? It took less time to do that than to put mascara on this morning! So really, really easy if you did need to cover it up.

How can I look after my scar?
Another thing to note is, that it's really important to cover it up from the sun. I would always say over the area where there's a scar you use a sunblock, a factor 50 sunblock because you don't want that skin to redden anymore. That skin is already stretched, that skin has already got scar tissue and it's already quite sensitive. So make sure you put a good sun block on it.

Another thing, Bio Oil (£9.99 from Superdrug). Okay, one of these or last you about 20 years because you don't need much at all. So Bio Oil is used to massage directly onto the scar, it comes in a little thing like this, and you literally pop a bit on your finger, no more than this and you would just rub it over the area and massage it into the scar twice a day, morning and night and leave it. That's all you need to do, just rub it into the skin.

There's a lot of research done into massaging scars, to sort of help with the healing. I would definitely say start massaging the scar as soon as it's healed, as soon as the skin has completely healed and the skin isn't broken. So this scar (on Lois’ chest) definitely would be suitable for massage.

So other treatments that I've had on this scar: so this scar used to stick out quite a lot. It's quite flat now but it used to really stick out quite significantly. So I had a course of steroid injections into the scar, just to reduce the puffiness of it and that did work. But again, that has to be something that's done by via GP.

Another thing that you can get, and you can get these on prescription, but you can also buy them on the internet but they are quite expensive, are plasters. And if you just search for 'scar plasters', it will show you these sort of waterproof, fleshy looking plasters that you pop over the area and they are sort of laced with this sort of stuff really (Bio Oil), just to protect the scar and just to help with healing. I have used them, I can't say that I got a massive result from them but then, that's a scar in a different area: it might've been different if I had a scar on my arm but I didn't really find for the price that they were, and when I can just do this with some makeup and some Bio Oil, it didn't bother me at all, so yeah.

So let’s recap…
They're the important things: so keep the scar out of the sun, massage the scar with the Bio Oil, keep it well hydrated.

And if you want to cover it up: basic, over the counter makeup, you don't need to spend a fortune. Cheap, cheap makeup is all you need.

And lastly, and most importantly, don't be ashamed of them. They don't matter. They are what make you you, they are part of your journey and no one else needs to know why they're there.

Eating Disorders and the tragic news about Nicki Graham 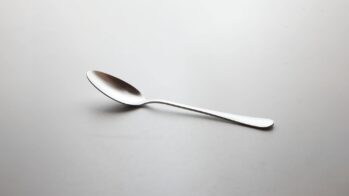 Er...say WHAT??! When beautiful looking quotes mean absolutely nothing! 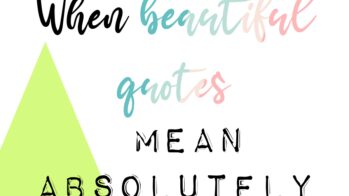