Hey, so it was Saturday morning and I was sat in bed with my cup of tea and just like you do, just scrolling through my Insta feed. And I think sometimes when I'm not really thinking that much, and I'm not really with it I just get a bit trigger happy with the little heart button. And I went through and I liked a couple of quotes and I like things: I'm really, I'm a really visual person, so I love stuff that's well designed. I love stuff that just looks really eye catching and great.

So I just liked a couple of things and I was sat there and I thought, 'What did I just say I liked?' and went back to have a look at it. And it was a quote that on the surface, just sounded awesome and it looked really great. And it says something along the lines of, 'Whatever road you're on, all roads eventually lead to healing'.

So I kind of thought about this for a minute. And the more I thought about it, to be fair, the bigger the gaping holes in that became. Actually, not all roads that we choose lead to healing do they? As humans, sometimes we have the ability to choose paths and to choose roads that are really bad for us. You know, some people choose to kind of enter into crime. Maybe you know, their lifestyle is really kind of involved in criminal behaviour or they're kind of drug or alcohol dependent. Or there's loads of different things, isn't there? Not all roads lead to healing.

And I think sometimes we wanna be like a conduit of like positivity and change don't we on our platforms? And we wanna bring a bit of hope to people that follow us on social media. And I think sometimes it can make us just a little bit too eager to share things without kind of finding out really, what they mean.

So then kind of, I got really interested by this and I was scrolling back through my feed.

And another little gem that I found was, 'Stress is a choice, so don't choose it'. Now, I kind of get it, but actually, stress is not a choice is it? We all feel stress and none of us want to be stressed. Actually, stress is a a physiological response to feeling threatened. So it's that rush of cortisol that kind of surges through us, to make our body ready for that fight or flight kind of response to something that we feel is endangering us. If stress was a choice, then nobody in the world would feel stress, because nobody would choose to feel stress. because it's not nice is it? Stress and anxiety are not pleasant feelings.

So it just really got me challenging myself a little bit about the stuff that I share. And there was just a couple of thoughts that I had and I just thought I'd share it with you because I'm really gonna try to only repost things that I think actually have some sort of depth to them.

So three really quick things. First of all, what does it mean? Does it have any meaning? Does it just look beautiful but actually, it's just fluffy and a bit meaningless? So just dig below the surface a little bit. Maybe if you see something you wanna reshare, just think about it, roll it over in your mind a little bit. Does it make sense? Does it bring any value to other people's life or does it just look pretty?

Number two, where's it from? So there's loads and loads of quotes isn't there online, and you see them and they're just, some of them just sound completely awesome, but actually who said it, was it a lyric? Is it a quote from a famous person? You know, at Headstrong, we try to make sure that all the quotes that we share are kind of grounded in either medical fact or in biblical truth, or in like somebody that's worked in a profession for a long kind of period of time and they have a really strong kind of solid grounding for the quotes that they're making. And that's what we really try to measure all our quotes up against. And I think actually, that's really helpful to think about when you are sharing something that someone else has written, actually, who are they? What's their backgrounds and where have they come from? Because any of us can put something up online and make ourselves seem like we've got that authority.

And thirdly, you know, is it part of a charity or an actual organisation or is it an individual account? Which is kind of linked to the other point, but you know, there's some really, really good charities out there. Like, you know, the Blurt Foundation, those guys are really amazing, Mind, Us, there's lots and lots, but you know, we are properly established charities. And with the quotes that we put out on our social media feeds actually really mean something. And we really think about why we're putting them up there and how they can help people.

So maybe just ask yourself those questions and maybe just pause, just slightly more, before you press that little red heart again. 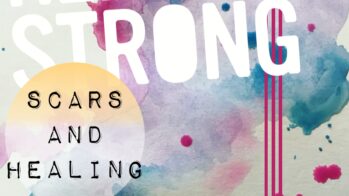 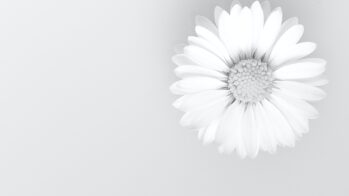