Having faith can be tough. And at times it can put us in the middle of some really, really awkward situations. You know, you feel that wrestle inside you, don't you, when you know you have to be making a stand, or you have to be saying something, or doing something differently than the rest of the crowd that you're with. You know, it can be awkward, it can be lonely, and it can take loads of courage. And it can just leave us feeling different. Which is a horrible feeling, isn't it? You know, we live out a faith in Jesus that is counter-cultural. You know, the whole concept of loving those who hate us or persecute us, just slams in the face of society and how other people feel about these things. You know, we're told that there are places that we shouldn't go and things we shouldn't do because they're no good for us. And, it can be really hard to stand out from the crowd. And that can really make us question our identity. Now, imagine, though, imagine if you were the only person in the whole entire world who believed in God. Can you even picture what that would feel like, to not have people in your life that you can bounce off, or books that you can read, or podcasts that you could listen to to get encouragement and get support from others around you? Now, that is a situation that Noah found himself in. I don't know if you've ever really thought about the story of Noah, but when you do, it's actually quite mind blowing. You know, when we think about the story of Noah, so often we think about rainbows, and we think about doves, and animals walking two by two. But, actually, I think somehow in all of that we miss out on the messiness, the grittiness of that story, of that situation. Those late nights where Noah was sat up with Mrs. Noah and his hands were full of splinters and he was overwhelmed, probably just weeping at the enormity of the task that lay ahead of him. You know, he may have lived thousands of years before social media, and he didn't have Instagram or Tik Tok to deal with. But that guy was seriously trolled. And he wasn't trolled for a short period of time. Like, it says in scripture that the Ark took 120 years to build. That's potentially 120 years of mocking that he had to endure. I mean, not only was this guy building a boat in the middle of a desert, of somewhere that had never seen rain, he was also doing it because he said that a God that no one else believed in had told him to do it. I mean, there must have been times where the trolling was so severe, the insults were flying at him, that he was probably questioning his own sanity, and having the doubts that any of us would normally have in a situation where we feel that we're putting ourselves out there so much. And, you know, Noah wasn't super human. He was just a normal guy. And, I think sometimes it's so easy when we read our Bibles to look at these guys and just think I could never do that. I could never make a stand like that. But, you know, I think when it comes to our identity, there are some really, really key things that we can draw out of the story of Noah. And, I really encourage you to go back and reread it for yourself. It can be found in Genesis 5. But, first of all, Noah was different. Like, seriously different. But he wasn't just different to the crowds of people around him, to his mates, to people that just, his neighbours, the people that used to pass by while he was building the Ark. But, you know, he was different to God, and that was what was important. You know, he found favour with God. And God knew that he wanted to follow Him and that he was trying to trust in Him and be obedient. And two, you know, God helped Noah to break through the sound of the trolls. And there's times where it could feel relentless to us. And we can feel that people are really getting to us. And, particularly through social media, we can just feel as if we're just being pelted with pressure around all sorts of different things. But, you know, Noah leaned on God for his strength and he knew that he needed Him. Only Him could give him the focus that he needed to fight through. And, three, you know, as I already said, Noah fell and he felt bad. Like, he did this amazing thing for God. He changed the face of the Earth. And, then only shortly after that, it records in scripture that he got so drunk that he completely embarrassed his kids and he really messed up. And, yet, we need to remember that we have a God that loves us, loves us so much. And we will mess up. It will happen from time to time. The pressures that we face around conforming to certain things and to being a certain type of person sometimes feel overwhelming, and it can cause us to just fall occasionally. But, you know, Jesus loves us and He shows us amazing grace and amazing forgiveness. And even in that situation, we need to remind ourselves that our identity is secure in Him. 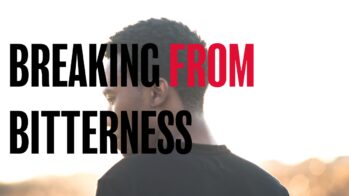 Guys- this one's for YOU! 3 Things you can do to turn a bad day around 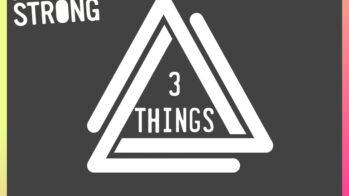