So emotions, I mean, love them or hate them, you're stuck with them, right? But what's the point of them? I mean, it's easy to think you'd be better off without them but would you?

Actually, your emotions are a really important part of the way that your brain is designed to work. Life is so complex. There's always so much going on and your mind has to hold all of that in at the same time and made sure it doesn't miss anything that's going on, that's important that you need to notice. It's all about what you give head space to. And particularly in situations where there might be something happening that's really important, how does your brain get your attention, to make sure you don't miss something that might lead to disaster, or it might be really, really key to a goal that really matters to you?

So an emotion is your brain's way of doing that, of diverting you, catching you in a moment, and it's a collection of things all going on at the same time.

So first of all, your brain triggers a big physical change in your body, a physiological change. It changes the level of all sorts of different things, of stuff in your blood, the way things like your breathing is happening, organs like the way your heart is beating, the way your digestion is switched up or switched down. It's a massive coordinated system. Mostly the key emotions, the negative ones, like anger, anxiety, the ones that warn you that there's something potentially bad going on that you might need to react to, they use the system called the fight or flight system: you might've heard of that in biology. It's all about prepping you in case you need to act or react.

So if you're in a situation and you are feeling anxious or angry, that's probably the first thing you're gonna notice, that physical change, whether it's your heart starting to thump, faster or your breathing gets more shallow or you start to feel twitchy. And anxiety of course, you've got things like that awful sort of stomach churny discomfort feeling that you get, and it's horrible and anxiety is designed to be uncomfortable because one of the jobs of that physical change, is to grab your attention. It stops you in your tracks. Like, ‘why am I feeling like this?’ And particularly for anxiety, because anxiety is like your brain's smoke alarm, it goes off to warn you, something significant might be about to happen, you might need to do something.

So the symptoms of anxiety in particular, are designed to be difficult to ignore because its job is to get your attention. It's like a little kid whining and screaming beside you. You have to work really hard to ignore it. And the harder you work, the louder it gets, until eventually you do give it attention.

But those symptoms of course aren't just about getting your attention, they set you up in case you need to react, it's like being in the starting blocks for a race you're about to run, waiting for someone to say, ‘go’.

But of course, what if there is no ‘go’ point? Some emotional triggers in our complex 21st century life are long term things, background things or just stuff you've got on your mind. It's not like something happens and you always need to act and react there. So that physiological change is great if you're walking down the street and a bear's just jumped out at you, but most of my anxiety triggers now aren't like that.

So the third thing that an emotion does, is it gets you thinking, it triggers your analytical mind to check out what's going on. Do you need to do something? Do you understand why the emotion's been triggered? Do you need to think about something more? Do you need to give something some head space?

And sometimes something happens that challenges one of those building block type assumptions and in those moments, emotions just keep coming, emotions like anxiety or frustration or sadness, they can all just keep coming up to the surface. And it's your brain's way of saying like, 'hey don't forget this! There's this thing in the background that you need to think about, you need to figure this out. Do you need to change one of these rules that you live by?'

Because this stuff matters. It's the rules that keep you safe: the rules that determine how you live and the decisions that you make. So if you need to rethink one of those things, your brain will keep grabbing you until you've thought it through enough, until you've processed, whatever it was that happened. And what when all of this is done?

Well, so an emotion is a bit like one of these [holds up a box of matches]. So it's a bit like striking a match [strikes match and holds up to camera]. The job it does is to grab your attention because something significant is going on. And just like the flame on this match, it has a lifespan. It burns and it grabs your attention in that moment. So you can do some analysis and the emotion creeps along its natural time span, but there's gonna come a point when this emotion is gonna burn out. [Watches match] Now this one's about to go, [match burns out] there we go. So that was the end of the moment that you needed that emotion for. It did its job, it grabbed your attention. You made a decision about what you needed to do or not do, that simple.

But I know what you're thinking, you're thinking 'Some of my emotions do not feel like that! They do not feel short-term, they do not feel small'. And the problem is, is that sometimes our minds are just so full and it's full of stuff that's been going on that day, stuff that's been going on longer term in the world around us, it might be worries we have about ourselves or things we're thinking about the world, negative stuff. And these things are all like balled up bits of paper [balls up a piece of paper].

Maybe there's some more foundational things, like just worries about yourself [picks up kindling]. In your teenage years, you don't really know who you are. You sort of think, 'Well, am I basically a good person? Or maybe I'm not, I'm quite grumpy in the mornings. Maybe I'm just not that nice'. That's like a foundational piece of kindling that you might have round in your head at the back of your mind [puts kindling in fireplace]. [Picks up more kindling] Or maybe there's another worry or something else, like 'I've got exams coming up', that's quite a big piece of kindling, it's always there in the back burner [puts kindling in fireplace]. It's always something you could be thinking about and worrying about or maybe something might remind you about, [picks up more kindling] or maybe there's something difficult going on at home. You've got difficult situation with someone you love. Someone's not well or I don't know what it is [puts kindling in fireplace].

And what this is like is, it's like your brain is like my fireplace: it's full of bits of kindling 'cause there's all this stuff going on in your mind. And what that means is that when you strike, [strikes match] your brain strikes the match of emotion, it doesn't just set fire to this one little flame, [lights fireplace] it catches a great big bonfire because all of these little bits of kindling, just catch light. So before you know it, you've got something much bigger blazing away: you're dealing with an emotional bonfire, you're not just dealing with a little match or a little flame. And those sorts of emotions are much harder to deal with. They feel more overwhelming, they feel more powerful. They can smoulder in the background and then suddenly flare up without any warning. These kinds of emotions are the type that often lead people into doing stuff in a desperate attempt to feel better or do some something with an emotion that they don't understand.

When you're feeling emotions like this, it can feel like they're out of control, like there's nothing you can do to stop feeling that horrible feeling. Remember those physical symptoms that just make you feel rubbish, the turmoil in your head as your brain's desperately trying to get you to figure it out? If you're in that place, it's good to chat things through with someone, get some help, get some perspective.

But the number one thing to remember from this is you can be in control of your emotions. And the first step is just to understand them better. 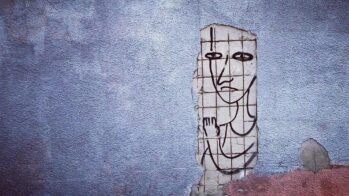 Responding to The Social Dilemma 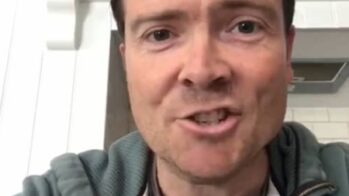