So when you’re under pressure, your breathing rate naturally goes up. This is part of the fight or flight response, getting you ready in case you need to react/respond/hit out/leg it.

So breathing IN triggers the stress system… the problem is that over longer periods this can become more of a problem than a solution. Breathing fast and shallow like this changes the level of vital gases like oxygen and carbon dioxide in the blood, which can lead to strange signs and symptoms like feeling dizzy or light-headed, nausea and even strange symptoms like tingling and pins and needles in your fingers.

These physical changes can feel really weird - even alarming - and of course if you don’t realise what is causing them then that alarm and fear triggers even more of the same changes - a vicious cycle that can lead to a panic attack - where physical symptoms are so scary you feel like you might be seriously ill.

At the same time when panic kicks in your thinking mind turns right down - its kind of an emergency ‘act first think later’ state - so you can see why it can feel like a cloud of panic descending you can’t get out of.

SO - what is really interesting about our breathing is that the same effect can be reversed so that breathing well can BRING BACK THE CALM!

When you breathe OUT - particularly NICE AND SLOWLY - it activates another system in your body which is a bit like a fire extinguisher, dampening down the fires of stress and panic.

This is why meditation exercises place so much importance on slow breathing out, harnessing that power to help you feel calmer and more in control.

So how do you learn to use breathing to calm yourself down in moments of powerful emotion or stress?

1 - Choose your time wisely. The first mistake people make when learning breathing exercises is to try to practice them in times or places when they are stressed out. Imagine you are trying to learn to swim - why would you take your first lesson in an ocean, or in the middle of stormy waters? You’d find a nice quiet warm pool to give it that first go. Do the same with your breathing practice. Start out by practising in a quiet, safe space where you know you will be free from interruptions. Choose moments when you already feel fairly calm - as you get better at these skills you’ll be able to use them when you feel more stressed but at first you need to practice in more ideal conditions.

2 - Hum! A really simple breathing exercise is to use the power of humming or singing. Both humming and singing require us to breathe well, and inevitably mean we spend more time exhaling in that gentle controlled way as we sustain the sound. Humming does this even better because you exhale more slowly and have to sustain it consistently to make the sound well. Use this, therefore, to help you breathe well. Find a track of music or a song you really like and put it on. Maybe put it on to repeat a few times if it is a shorter piece. You may find it helps if the words are also positive or remind you of good things or happy times. Play the track and either sing or hum along. It is that simple! The more you practice this in calm times with the same tune(s), the more your brain will associate them, and this exercise with being in a safe place and in control - and that, combined with the impact on your breathing, will help this start to become a routine you can use when out and about or in more stress triggering spaces. Perhaps put the track on your phone or on an mp3 player so that when you are out if you need to you can put your headphones in and grab a moment to listen to it. Or, if you get to know it really well, you may find that just humming it yourself helps.

3 - Take some deep breaths. This is a simple form of breathing exercise which just encourages you to take a moment to pause and focus on your breathing, overcoming that shallow stressy breathing style and taking some good deep breaths. Imagine your lungs to be a bit like two balloons. When we are hyperventilating or just breathing too shallow, we only use the top 1/3 of the balloons meaning we have to breath in and out more - creating that vicious cycle of activation in the stress system. Place your hands on the bottom of your ribs - this overlies the bottom of your lungs so if you breathe really well and use the whole lung you will feel your hands move out and apart. Give it a go - take a couple of nice deep breaths. This might feel odd at first - tense, even a bit painful if the muscles (particularly across your back) are not used to being used. But give it some practice and you should get more used to it.

4 - Try 4/7/8 breathing. This is a more involved breathing exercise and really does take some practice., but has been shown to be really powerful in helping improve breathing and drop stress levels. In particular it has been shown to be effective in counteracting the frustration and anxiety of insomnia and to help people to drop off to sleep. In 4/7/8 breathing your deep breathing exercise is managed by counting the number of (approximate) seconds you spend in each phase of the breath. So you breath IN for a count of 4, HOLD IT for a count of 7, then BREATHE OUT slowly for a count of 7. In some ways the precise numbers are not too vital - what really matters is the balance - not too long breathing in, a time of holding that breath to give time and opportunity for the vital gas exchange to take place in your lungs, and then a nice slow controlled exhalation.

4/7/8 breathing is hard and definitely takes practice! It is not something you’d do for long periods of time either - a few good breaths can make all the difference. And in that, its simplicity and quick impact is what makes it helpful. The minute you feel the symptoms and signs of stress or panic set in, 4/7/8 breathing can help you get back in control. And no one need know you are doing it - waiting for the kettle to boil in the office kitchen, or even sat at your desk, you can get back in control and counteract the impact of stress in the moment.

5 - Grab a moment. Sometimes all we need in those times when life is getting on top of us is a moment. When we are in the middle of stress we can feel we can't stop or have to just keep going madly trying to keep all the balls in the air. But perhaps what you need more than anything is permission just to pause and take a moment for yourself. What might that look like - is it a coffee on your own somewhere with a notepad so you can organise your minds (and your to-do list?!)? Or a quick walk across the fields on a clear day? Or allowing yourself the chance to watch a favourite programme with a cuppa? Or maybe finding a precious time to spend with someone you otherwise might not get to connect with? Whatever it is for you remember that taking time out of the madness helps our stress level reset - and refuels us for the next challenge. So it might feel like you are too busy to stop - but maybe the truth is that you are too busy NOT to stop! Sometimes taking a breath can be about headspace and room to breathe in a schedule that can feel like it is trying to squeeze the life out of us. DOn't feel guilty about making that space.

Relaxation skills are fantastic but they do take time to learn! Don’t be discouraged if at first you find them hard. They take practice. For some people focusing on their breathing can actually trigger anxiety or make them feel worse. If this is you try to focus on the humming/singing exercise. And remember - these things are not just about ‘in the moment’ exercises - healthy rhythms and habits that encourage good breathing are part of balancing stress in our lives and dropping our overall baseline stress and anxiety level so that the challenging moments take us less close to crisis point. So if you know that these issues are a struggle for you think about some other activities you can do which are good for your breathing - try joining a choir, or gentle exercise - buy yourself some wellies, or meet a mate, or borrow a dog or whatever it takes to get you out for a walk or something that gets you breathing nice and deeply. 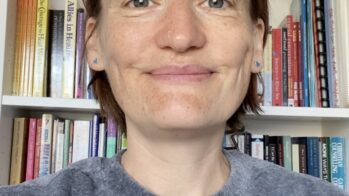 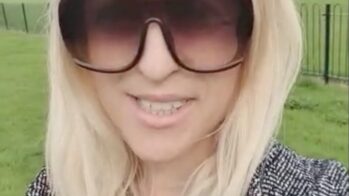